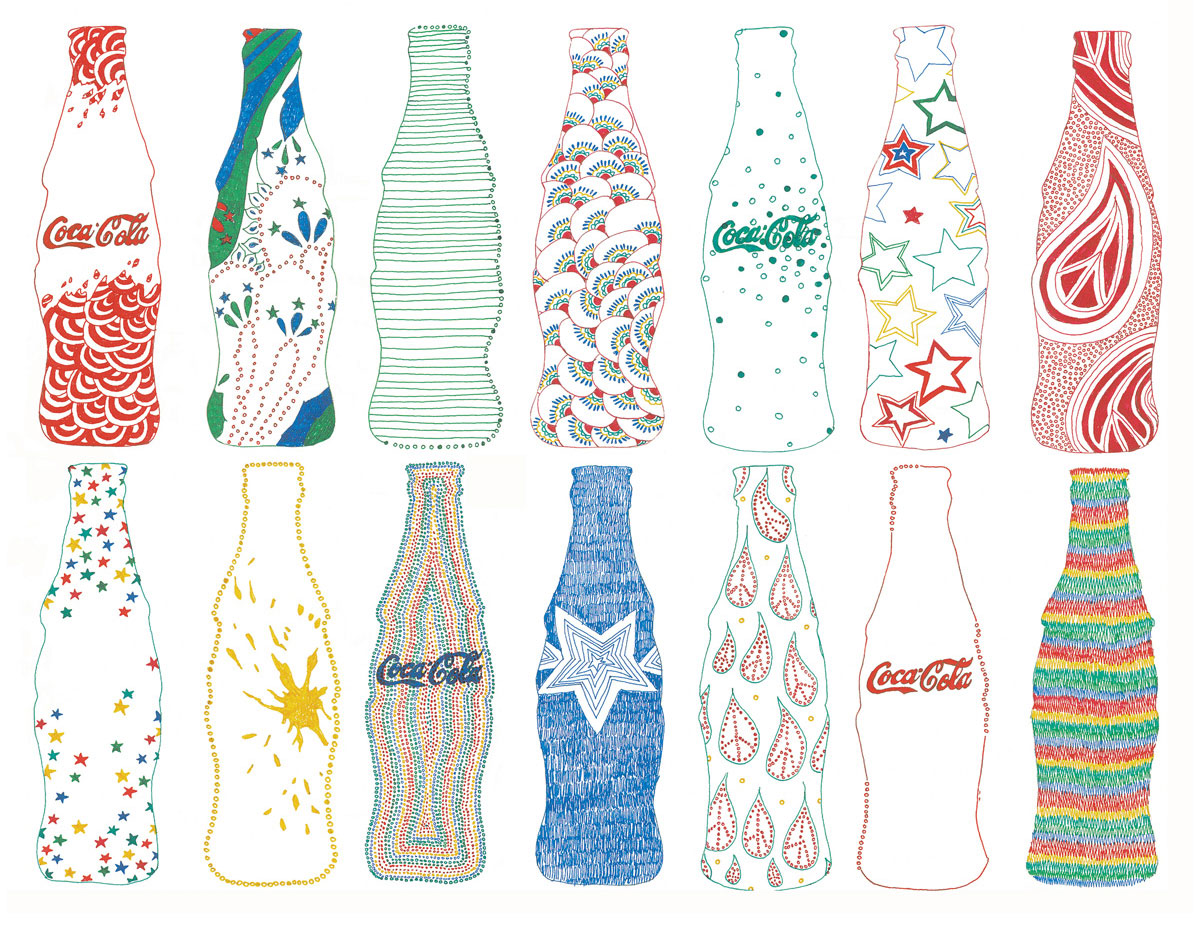 In 2003, Zakee was approached by Coca-Cola to design a textile print using the contour bottle. Zakee paid homage to Andy Warhol’s Coca-Cola screen-print by positioning the bottles next to each other, adding her own touch by giving each bottle its own identity with unique illustrations. The design was so well received that it was chosen for use on a full range of products including homewares, lighting, stationary, bed linen, luggage and accessories. The product launched in the new Coca-Cola flagship store in Atlanta in 2007.